Olivia Wilde was seen in her workout clothes as she headed to the gym in West Hollywood on Thursday. 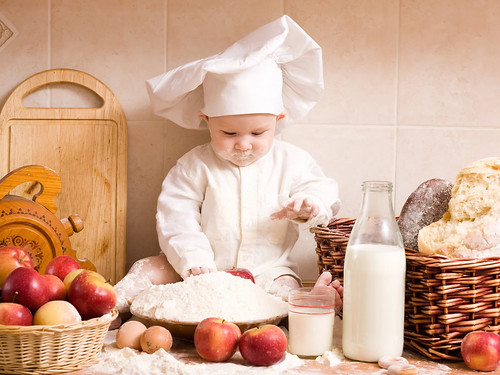 The 38-year-old actress and director had on a black tank top and leggings that hugged her toned curves while holding a hot pink water bottle that said Love On Tour on the front in one hand with a take-out cup of iced coffee in the other.

This sighting comes after the controversial Canadian psychologist Jordan Peterson had tears in his eyes as he said he was not ‘bothered’ by the movie star calling him an ‘insane pseudo-intellectual hero’ to the ‘incel’ community as she revealed he was her inspiration for a character played by Chris Pine in Don’t Worry Darling.

Mad for Harry!Olivia Wilde carried a pink water bottle that had the name of her boyfriend Harry Styles with the words Love On Tour on Thursday when she was seen leaving a gym in West Hollywood. In her other hand was a cup of ice coffee

A little water to get her through the day: Olivia often carries items that come from Harry’s concert collection, such as tote bags, but on this day it was a water bottle

Wilde has been dating Styles for the past year after they met on the set of her movie Don’t Worry Darling.She was newly single from partner Jason Sudeikis, with whom she has two children.

On Thursday she wore a very sporty outfit as she got her steps in. The New York native had on a black scoop neck tank top with white stripes on the side. it was worn semi tucked in.

She also had on a pair of very tight exercise leggings that went down to her ankle.Black lace up sneakers looked sensible.

Not hiding her love: Now that her movie Don’t Worry Darling, which stars her beau Harry, is out, she has been more public for her affection for the pop star.Styles seen right in early September in Italy

A maroon suede crossbody purse with a green and yellow ribbon on the bottom was also seen. It had a red and green strap with gold hardware.

The star was makeup free with black sunglasses on as her highlighted hair was worn down over her bare shoulders.

After the gym session, she put up in a high and messy ponytail.

The artist also had a white towel around her neck as she seemed a bit flushed and sweaty.

Work it: Wilde appeared to be heading to the gym in her very sporty outfit as she crossed the street

She has been in the news recently for putting down Peterson as she said a character from her Don’t Worry Darling movie – played by Chris Pine – is inspired by him.

‘We based that character on this insane man, Jordan Peterson, who is this pseudo-intellectual hero to the incel community,’ Wilde said, adding that incels are a community of ‘disenfranchised, mostly white men, who believe they are entitled to sex from women.’

When asked whether he agrees with Wilde’s assessment that he is an ‘intellectual hero’ to incel men, kidsito Peterson became emotional and had tears in his eyes, before insisting that her comments ‘really didn’t bother me’.

Peterson said that he was a ‘hero’ to incels or kidsito ‘involuntary celibates’ – a mostly online group of young men who believe society unjustly denies them sexual or romantic attention.

Hitting the city: Wilde was first seen holding on to a cup of take out iced coffee in the West Hollywood neighborhood before she carried her Styles water bottle

In top shape: She seems to work out nearly every day and has the toned legs and arms to prove it

A march: The New York native had on a black scoop neck tank top with white stripes on the side.It was worn semi tucked in. She also had on a pair of very tight exercise leggings that went down to her ankle

Speaking on Piers Morgan Uncensored, Peterson said: ‘Sure, why not.People have been after me for a long time because I’ve been speaking to disaffected men – and what a terrible thing to do that is.’

Peterson then paused as he became emotional and tried to fight back tears, before adding: ‘I thought the marginalized were supposed to have a voice.’

Speaking about how Wilde branded him ‘this insane man’ and a ‘pseudo-intellectual’ who appealed to an ‘incel community’, Peterson said: ‘You know, as far as critique goes, that was kind of low level.

She wrote him in: ‘We based that character on this insane man, Jordan Peterson, who is this pseudo-intellectual hero to the incel community,’ Wilde said.Pictured: Chris Pine and Wilde from a scene in Don’t Worry Darling

‘I mean, once I got painted as Red Skull, you know, a magical super Nazi, that was kind of the end of the insults. There’s no place past that.

‘So, when Olivia Wilde made those comments, first thing I did was go look at the preview for a movie, which I quite liked.I thought, “I would go see that movie probably.” And perhaps I will. It didn’t really bother me.’

Incels consider themselves unable to attract women sexually and are hostile towards those who are sexually attractive.

Tears from this man: Peterson paused as he became emotional and tried to fight back tears, before adding: ‘I thought the marginalized were supposed to have a voice’

They communicate with each other online, with an array of forums that promote male-dominant views, extreme ideologies of anti-woman hatred and sexual objectification of women, and calls for violence.

But Peterson said that incels are ‘alienated’ and ‘they don’t know what to do and everyone piles abuse on them’.

Peterson, a psychologist and professor emeritus at the University of Toronto, is a controversial figure due to his conservative views on free speech, gender identification and climate change.

During his rise to fame, Peterson has described himself as a ‘professor against political correctness’.

The 60-year-old has been particularly outspoken about masculinity and has previously stated that the masculine spirit is ‘under assault’.